Tacky’s Revolt: The Story Of An Atlantic Slave War 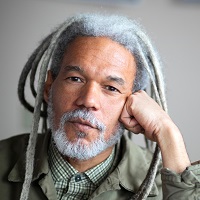 Tacky’s Revolt: The Story of an Atlantic Slave War is a superb geopolitical thriller that traces the roots, routes, and reverberations of the largest slave insurrection in the 18th century British Empire.

In this contentious period of imperial conflict and the growth of the transatlantic slave trade, a movement of enslaved West Africans in Jamaica organized a violent insurrection that would spread from Africa to the Americas and across the British Empire.

Join our conversation with Dr. Vincent Brown, professor of African and African-American studies at Harvard University on Thursday, March 17, 2022 from 6:00 PM – 7:00 PM. Register for this virtual program here.

His scholarship focuses on the African Diaspora with a particular emphasis on the early modern Atlantic world. He is also the award-winning author of The Reaper’s Garden: Death and Power in the World of Atlantic Slavery (2008), and co-founder of Timestamp Media, a collective of accomplished multimedia storytellers producing innovative history programs for PBS, CNN and other global platforms.

This is the second program in a two-part series presented by the Dr. Patricia Hilliard-Nunn Sankofa Initiative for confronting slavery and its legacies at the University of Florida.